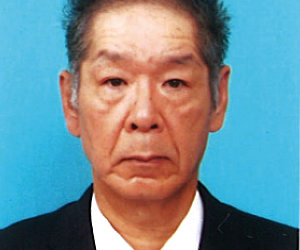 Mr Ikezawa was born in 1959. He first encountered the sport of golf when someone asked 16-year-old Yoshinori to work part time as caddie at a distinguished golf course.

In those days in Japan, golf was rarely played by ordinary people and was considered by many as an opportunity for the rich to socialize. However, he was moved by the good manners and etiquette of the members of the golf club, and Yoshinori, who was practising Judo at the time, was intrigued by the similarities in spiritual ways between the ancient Japanese martial art and the Western sport of golf.

Mr Ikezawa worked at a clothing company after college and then became independent at the age of 30. He lost his eye sight with a retinal disease at 45. He joined Japanese Blind Golf Association (JBGA) in 2008 and was elected as chairman in 2013. Yoshinori has been impressed with Honorary President, Dr Handa's activities and been supported and instructed by Mr Aoi, who has been helping JBGA since its establishment. Yoshinori's future dreams include the realization of a tournament for all categories of eye sight and producing a world champion from Japan.